Then both cutting actions should be regarded as complementary actions. If we break this thought down, we can state certain materials can only be cut by knives, and others by laser technology. Although both lasers and knives can cut a multitude of material types, in certain cases, due to quality or health issues one technology works better than the other.

All laser devices cut or engrave by using extreme focused heat on the material. This heat is generated in such a short period of time and at such high temperatures, the material will evaporate in microseconds. Because this all happens so rapidly, the material – which is laser cut – will not catch fire. Although sometimes you might see flames during laser cutting, it is not the material which catches fire, but fumes generated by the material itself. These fumes should then be extracted as fast as possible by means of vacuum pumps and assisting air, pushing the fumes towards the extraction. Thanks to the use of heat, the edges of certain materials (fabrics) will be sealed together, providing a nice and smooth finish and easier handling. This is especially the case with synthetic textiles.

Moreover, since laser beams don’t have any mass, they will not push or displace the material while cutting, which enables to cut even intricate details most accurately. With laser beams, this entire process happens a lot faster than with knives. With knife cutting machines, the cutting head will move at a certain speed, but you need to add time for lowering and rotating the knife into the correct position. With laser cutting machines, you only need to switch the machine on and you are good to go.

First of all because of the fumes. Although most of the fumes are harmless to both the environment and yourself, some of them can be toxic and harmful. Laser cutting PVC, for instance, is something you’d better not do. When laser cutting PVC, toxic fumes called chlorine gas will be generated. This gas, combined with moisture in the air, will bond to hydrochloric acid, which is extremely harmful to the extraction system of your laser cutter.

Knives have the intrinsic advantage they will cut about anything. What’s even more. They will do this without generating fumes whatsoever. So, when using knife cutting machines, it is safe to cut PVC. Knives will also not harden any edges the way laser beams do. Knives do generate friction, but this will not influence the edge quality. The shape of the knife can also provide certain effects or angled cuts. With laser cutters, this is quite difficult to do, as the laser source is bulky. We could use mirrors to solve this problem with laser cutters, but this would be a complex undertaking. Using knives here is simply a lot more efficient to do.

Knives have mass, which will lead to pushing the material while cutting.  This will result in the material being moved or deformed. When cutting typical material types, such as textile, the knives will not be able to seal the fibres, the way laser cutters do. Moreover, it will be difficult to laser cut small details due to the size of the knife. Also, when using knives, they will be subject to wear, so they will need to be replaced occasionally, whereas laser cutters will keep on cutting until the internal gas is depleted, which will take a whole lot longer than knives will last.

Why not both on one machine?

This would simply not be the best option, if only for the main difference between both cutters: the vacuum system. The vacuum system on a knife based system is designed to hold the material down with pressure. On a laser cutter, the vacuum system is specially designed to generate airflow, moving air from one place to another and thus removing all fumes from the cutting area. This, obviously, are two totally different designs.

Another reason not to combine laser/knife systems in one do-it-all cutter is the difference in the conveyor belt.

Knife based systems typically use felt conveyors as a protective layer between the cutting surface and the knives. If you would use a laser on this type of conveyor, the laser would basically cut through the felt entirely, thus destroying the conveyor within seconds.

A laser cutter is best used with metal conveyors. However, using knives on a metal conveyor would result in your knife being destroyed in an instant and damaging the conveyor belt in the same job. Now, I have seen people using a metalized layer around the original conveyor. Although this would work initially, it will not work for a long time. Then these types of layers get dirty quickly and the dirt would be piling up onto the material that is being cut.

Summarized, although some might dream of a do-it-all machine, able to use several cutting technologies, practice teaches us it is fairly impossible to develop such machines because both technologies – laser cutting and knife cutting – simply differ too much from each other. 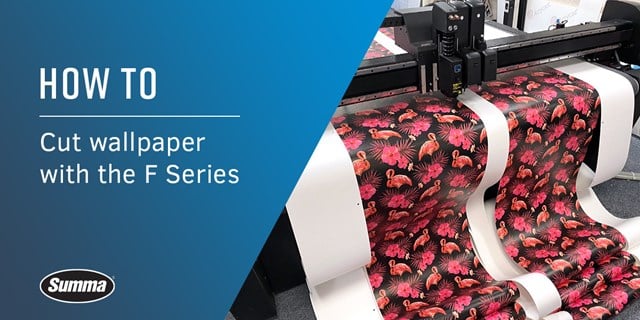