The race to the Moon back in the sixties was an ingenious example of technology and engineering, which led to one of the greatest achievements of human history. The audacity with which this challenge was taken up, is exactly what today’s companies should endeavour in order to lead a successful and innovative business and reach the goals they set for themselves.

This is exactly how the Apollo project laid the foundation for the digital age in which we live and work now. Foundations where both technology and engineering played a leading role. It was the omen for many companies to dare to innovate, be creative, develop and invest in projects that would also change the world, be it on a somewhat smaller scale.

Also, Summa’s story is one of infinite audacity and many endeavours before it became the company as we know it to be today. Established in 1973 to assemble high-tech recording devices in the manufacture of precision optical lenses and steadily but surely grown into an innovative company, known for its legendary performances in building high-tech and high-quality cutting and finishing devices.

Download the cut file below and cut your own rocket.

But let’s not forget it is all thanks to the joint effort of ordinary, qualified Summa people on earth, who were not scared to innovate, be creative, develop and invest into the highest technology and ingenious engineering that Summa turned into a highly-respected company, building reliable, efficient and productive machinery for many industries worldwide.

With the knowledge that ‘if we can put a man on the moon…’, Summa will never cease to strive for the highest levels in quality, technology and engineering finesse, to offer the strongest in service and equipment and to never lose the ambition in pursuing the highest levels in business-doing – which will no doubt involve some unlimited, outer space ‘moonshot thinking’.

Show us how you shoot for the moon, tag @SummaFinish or use the #SummaFinish! 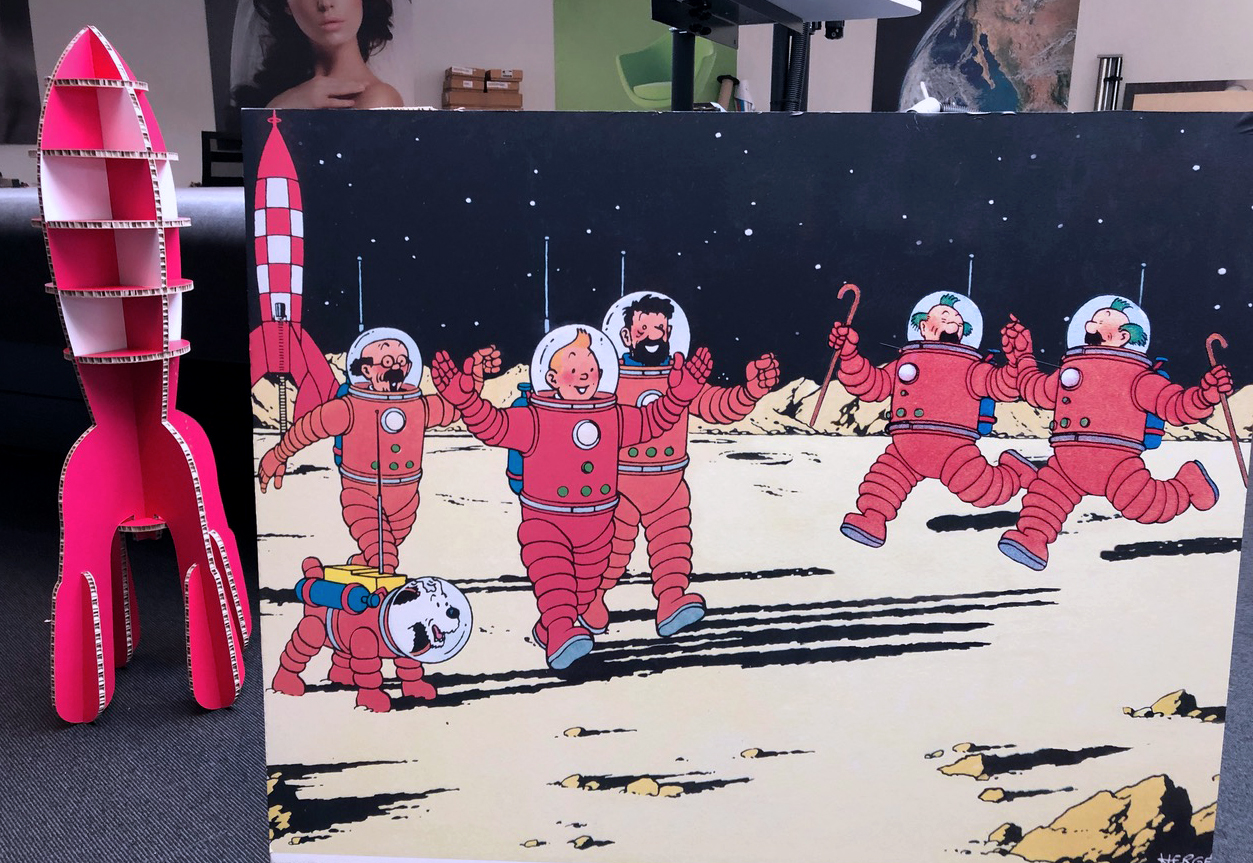 Use this guide by Graph'Image to rapidly design protective shields

Inspiring cutting applications with Summa in the fight against COVID-19

The winner takes it all: Summa Design Contest (Closed)